October is the month of suspense and terror for the entertainment world and Netflix adorns its offer with all kinds of genre content to celebrate the season of scares and shocks in style.

The last quarter of the year arrived. The month in which much of the entertainment world enjoys a season to celebrate horror and suspense films . From great productions based on classics of the genre , to remakes for the youngest, Netflix will have a month full of all kinds of options to celebrate this sinister October in style.

Netflix: 5 movies and a series that you will enjoy

A late sequel to the ’96 youth classic directed by Andrew Fleming, The Craft: Legacy is an immediate follow-up and remake – yes, all at the same time – of the well-known tale of four young witches who end up losing control over their powers. , his ambitions and the dark side of magic.

Played this time by Cailee Spaeny -  Bad times at the El Royale  -, Gideon Adlon -  Blockers  -, Lovie Simone -  Greenleaf  - and Zoey Luna -  Pose -, the film is directed by Zoe Lister Jones (the same as Band Aid , the success Sundance 2017) and tries to bring a whole new generation, their own story about witches. What a little job. You can see it from October 28.

The Trial of 7 , Chicago by Aaron Sorkin

The story of one of the most controversial US trials comes to the Netflix screen under the direction and script of Aaron Sorkin, which brings to the grueling story of a judicial dilemma that included a controversial legal process against seven innocent men Charged with conspiring against national security in 1969, a critical and painful aspect that puzzles due to its historical relevance.

The film covers the confusing situation that called into question the American judicial system and all the immediate consequences that the event caused.

With a multi-star cast that includes Sacha Baron Cohen, Eddie Redmayne and Joseph Gordon-Levitt, the production is one of the platform’s big season premieres. You can see it from October 16 on Netflix.

Based directly on Daphne du Maurier’s novel of the same name, it is one of the great unknowns of the season, for taking the audacity to review one of Alfred Hitckcock’s iconic films.

However, Wheatley assured that the film is much more similar to the book than the Hollywood classic, so it is likely that the director can give us some other surprises. You can see it from October 21 on Netflix.

Of course, in the month of the great horror premieres, the umpteenth version of vampire mythology could not be missing, this time set in the New York Bronx and with enough visual and plot eccentricity to surprise the audience.

Nobody knows very well how to describe this battle of good and evil in which there will be no shortage of bullets and bullet clashes, but what is evident is that it is entertaining enough to have aroused some expectation . You can see it from October 2.

We know: there is considerable controversy surrounding this late continuation of a period classic, but without a doubt it is also a film that astonishes for its visual section, some plot decisions and especially, for the care in the atmosphere and the script that Villeneuve (who seems to be attracted to the great impossible epics), carried out with sobriety and a certain dignity.

After the great first debate, the rejection and at the end, the appreciation for the result on the screen, perhaps it is time to re-enjoy the film that was destined to be a classic and failed to be.

Mike Flanagan’s The Haunting of Bly Manor is the second anthology season of the formidable Haunting of Hill House , as the director attempts to continue his collection of haunted house stories.

On this occasion, the series is based on the novel “A Turn of the Screw” by Henry James, which represents a new dimension of terror, this time related to the pain and secrets of the inhabitants of an old English property.

Flanagan admitted that it is a more adult and emotional play than the previous season and much more like a gothic romance. You can from October 9 on Netflix. 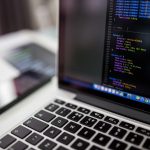