We put the new eighth-generation iPad to the test, which is priced at 379 euros in its most basic version. Can it replace an inexpensive laptop in the face of the rise of teleworking and remote study?

In recent years, Apple has developed a multi-family strategy that allows it to bring its innovations to a wider range of users . We have seen it on the Apple Watch ( Series 3 , SE and Series 6 ), on the iPhone ( iPhone SE , iPhone 11 and iPhone 11 Pro ) and, of course, also on the iPad ( iPad , iPad Air and iPad Pro ).

The key to this strategy is that Apple, in some fields, has positioned itself so far ahead of its competition that even after a while, when its innovations and technologies are implemented in the most economical models, all its competitors are out of the game. .

The most recent example is the Apple Watch SE. This new model costs approximately the same as a Fitbit Sense or a Galaxy Watch. However, the Apple Watch is way ahead in user experience , hardware quality and integration with the ecosystem, among other things.

The same thing happens with the iPad. All the efforts that Apple has made in recent years are now turning to the eighth generation of the cheapest iPad , which makes a significant leap in terms of power. The conclusion, in this case, is clear: if you are looking for an inexpensive tablet with which to carry out your day-to-day tasks, this iPad is, most likely, the best option you can find.

Why is the new A12 Bionic SoC important?

What you need to know about this SoC is that it is blazing fast . The numbers don’t tell the whole story, but to illustrate how fast your processor is, the following graph is quite helpful:

As can be seen from the data, the 8th-generation iPad processor is roughly twice as fast as the previous generation. This, considering the facet of the iPad as a productivity device, is very valuable. The more advanced video games will work better, advanced applications such as Affinity Pro or Luma Fusion will run more smoothly and, in addition, you will be able to run multiple applications simultaneously without problems.

Most surprising, however, is that the eighth-generation iPad is also faster than the two best-selling laptops on Amazon Spain. This breaks with the false belief that the iPad has less power than a conventional computer. In the data you can see how even the cheapest model in the range has a super capable processor.

However, as I said before, the numbers do not tell the entirety of this story. The A12 Bionic chip in this iPad doesn’t just have a super-fast CPU. It also has, among other things, a very powerful graphics processing unit – ideal for video games – a secure enclave that protects all the passwords on your phone and, for the first time in the cheapest iPad, a neural engine that speeds up everything related with artificial intelligence and machine learning .

For the public, the neural motor does not usually have as much prominence as other parts of the device. However, its influence on the experience of using Apple products has been growing in recent years. This element, among other things, intervenes in the suggestions of the predictive keyboard, enriches the photos captured by the camera so that they have a better appearance (computational photography), speeds up the operation of all the applications that use the Core ML tools – such as Pixelmator – and gives rise to features like Scribble in iPadOS 14, among many other things.

A successful iPad for these times

In 2020, many people have found themselves in need of a laptop that allows them to do day-to-day tasks from home. Also many students have found the need for a product with which to attend virtual classes, take notes and submit documents on the platform of their university, institute or college.

The 8th generation iPad, like other models, can become a super interesting option for many of those people. Its screen is compatible with the Apple Pencil – so you can draw, annotate and even take notes freehand – it has a Smart Connector to which different keyboards can be attached to comfortably write for hours, it weighs much less than most computers Laptops of the same price and their battery lasts approximately ten hours of uninterrupted use.

Also to be added to this list are the benefits of iPadOS, which continues to evolve as a productivity platform. It is a much more secure operating system, easier to use and with lower maintenance requirements than, for example, Windows. And this is particularly important if you plan that the little ones in the house use this iPad for their schoolwork. Plus, with the system’s parental controls, you can limit what your kids can do with the iPad even when you’re not looking.

IPads, on the other hand, draw on the millions of applications available on the App Store . You can find applications to make video calls such as Zoom, educational video games, streaming services such as Netflix or Disney + and productivity applications such as Microsoft Office, among other things. But the most important thing, however, is that all of them, in addition to being safe, have been designed to get the most out of the Apple tablet. This does not happen on other platforms such as Android, where the number of applications designed for tablets is really low.

In the App Store you can find millions of applications designed for the iPad, something that does not happen on other platforms such as Android.

The iPad, at the hardware level , has a 10.2-inch screen with a very high pixel density and a brightness close to 500 nits . This means that it offers better quality than the vast majority of laptops in the same price range. It also has a pair of stereo speakers, a rear camera that you can use to scan documents, and a higher-quality front camera than many laptops – which is extremely important now that we live in a world of video conferencing.

And by the way, with the eighth-generation iPad you can work on external storage such as pen drives or hard drives – if you need it. The only “but” is that you will have to use a Lightning to USB-A or USB-C adapter. In the future, I have no doubt that all iPads will have a USB-C port, but this inexpensive version, taking the chassis of previous models, is still anchored in this port.

The 8th-generation iPad also allows you to connect an Xbox or PlayStation 4 controller via Bluetooth to play any video game on the iPad , which can significantly improve the experience of some titles. And if what you need is to use a mouse in your day-to-day, you don’t have to worry: with iPadOS you can use any Bluetooth mouse or simply buy the Logitech keyboard that integrates a trackpad at the bottom.

The eighth generation iPad is a super interesting machine to cover today’s needs . From a hardware point of view , it is ahead of the vast majority of laptops in its price range (it has a much better screen, more solvent cameras, and a more powerful processor, among other things). However, there are a couple details where Apple could have refined its formula a bit more:

Is the 8th generation iPad worth buying?

Typically, the person looking for an inexpensive computer intends to do things like surf the internet, watch movies, do office work, take notes in class, make video calls with loved ones, or do school work. In all of these situations, the 8th-generation iPad can deliver a better experience than any competing laptop or tablet. It is a safe, versatile, light and fast machine that is also compatible with a stylus , has a higher quality screen and can be detached from its keyboard when possible. So the answer to whether an eighth-generation iPad is worth buying is a resounding yes . 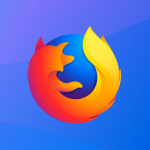