Search
Menu
Search
After losing for the first time in its history, with Firefox usage dropping 85%, and its executive spending rising questionably, the open web model suffers a major blow.

More than 16 years have passed since that day when a double-page ad in The New York Times reported the launch of Mozilla Firefox .

The browser, created to put an end to the monopoly of Windows Internet Explorer and created by a group of developers and technologists determined in the search for a website that would bet on free , open and private software , is now going through its worst moments.

After becoming a reference during the first 2000 and 2010, the rise of Chrome, and especially Chromium as the base engine of new browsers – see Microsoft’s Edge or Brave – has left the Mozilla flagship as the only alternative. And it is not going well.

According to an analysis by Netmarketshare , now only 7.19% of users use Mozilla as their default browser , being surpassed by Edge (7.59%) and increasingly far from the great dominator, Chrome, which has more than 67 % From the market.

The decline is spectacular if we consider that ten years ago more than 30% of Internet users declared that they used Firefox as their browser of reference in similar queries.

However, behind this litany of bad news and decadence, it’s not just the decline in your browser usage. Both the foundation and the Mozilla corporation are going through one of their worst moments , according to many readings, due to increased spending on top executives and bureaucracy.

The most reliable proof is surely that the Mozilla Corporation recorded losses in 2019 for the first time in its more than 20 years of history . Specifically, its income fell by no less than 20%, reaching a bottom of the last years of 391 million dollars.

The economic outlook has caused Mozilla to initiate a round of layoffs throughout this year. First with 70 layoffs in January, and later, a few weeks ago, with another 250, which represented 25% of its workforce.

The use of the browser has fallen by 85% in 10 years, and in the same time, their spending and managerial salaries have increased by 400%.

“Our pre-COVID plan is no longer working. We are also restructuring to put a sharper focus on new product development and go towards what the market demands, ”wrote a Mozilla blog post, CEO Mitchell Baker, following the decision.

The bad news has also come with the sudden cessation or change of other of its software projects, discontinuing Firefox Send (a secure sending system) and Firefox Notes (a notes app with end-to-end encryption), in addition to the outsourcing of his Mozilla WebThings project, which sought an open environment in the internet of things.

But where does Mozilla get money from? Beyond the donations, more or less large, its model as a non-profit organization has been supported until now by the payment that search engines made to position themselves as a default in your browser.

The highest levels of these revenues occurred in 2015 and 2016, when Yahoo! paid more than 470 million annually to the foundation so that its search engine was the default one . You don’t have to remember how Yahoo! shortly after.

Since then, it has been Google who has undertaken this payment , although with more modest figures. It is known that the search engine for the ‘big G’ has already agreed with Mozilla to maintain its quota , with figures that are rumored to be between 410 and 450 million per year until 2023, and that however will only be done when the organization issues its accounts at the close of the fiscal year. To this is added local agreements that it reaches with other search engines, such as Yandex in Russia or Baidu in China.

Hence part of the paradox. Faced with a loss of presence, Firefox and Mozilla depend on their higher income from the developer of their main competitor, Chrome.

In recent times, Mozilla has also not finalized a plan to obtain higher revenues. Despite talking for a long time about a Firefox Premium , it does not seem to be on the roadmap now, beyond its own VPN, which is available only in some countries and which, in any case, enters an already very saturated market .

On the contrary, the paradoxes around Mozilla continue when they reveal how the salaries of the members of its Board of Directors have been increasing in recent years.

Recently, programmer and analyst Carl Peterson published a comparison between the decrease in the use of the red panda browser and the increase in spending on salaries of directors of the foundation and the corporation. One sentence is enough to compare it: the use of the browser has fallen by 85% in 10 years, and in the same time, their spending on managerial salaries has increased by 400%.

Specifically, its CEO, Baker, pocketed $ 2.4 million in 2018, prompting criticism from workers over the layoffs.

The comings and goings with Mozilla’s board of directors, however, come a long way. Specifically when Brendan Eich , one of the people most involved in the development of their products, resigned as CEO involved in a controversy for having donated in favor of a bill against homosexual marriage.

Eich ended up leaving Mozilla to found shortly after Brave , a Chromium-based browser that, thanks to its commitment to privacy, also seems to be taking space away from the old Firefox. 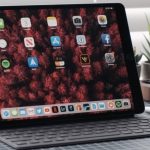