Facebook offered its position on ‘The dilemma of social networks’, the Netflix documentary that reveals the damage that the company has done to the whole world.

A few weeks after the premiere of The Social Media Dilemma on Netflix, Facebook accused the documentary of falling into sensationalism . Mark Zuckerberg’s company did not like the way the film exposes the data control and manipulation practices of its users.

The company published a document titled “Where ‘The Social Media Dilemma’ is Wrong” where it addresses seven points that it considers to be wrong in the film . Among them is the problem of addiction, the way the company makes money with user information, its famous algorithm and more.

Facebook mentions that the creators of the documentary did not include testimonies from current employees of the company or experts with a different vision than the narrative proposed by the film. This is interesting, since while The Social Media Dilemma features Justin Rosenstein, co-creator of the Like button, and other experts, the documentary does not contrast testimonials .

The tech says the documentary is based on the comments of those who haven’t been inside [the company] for many years. While this may be true – Rosenstein left Facebook in 2008 – the truth is that The Social Media Dilemma offers overwhelming data that Facebook or any other company mentioned in the film does not like .

Facebook is not afraid of ridicule with this position

It is not a secret that Facebook dislikes being exposed to its flaws (which are many), however, its position reaches a level of denial never before seen by the company.

According to Facebook, their strategy is to offer value to people and not hold them captive. “Our News Feed product teams are not incentivized to create features that increase time spent on our products.” they mention, adding some changes they made to the news feed in 2018 to reduce social media usage.

About the algorithm and the way they monetize our information, Facebook says that “users are not the product” and that they do not sell our data to anyone . They only provide information to advertisers about the type of people viewing the advertisement. The algorithm is not crazy, it is simply created to “improve” people’s experience.

Facebook claims to protect the privacy of our data , although the reality is far from that . On numerous occasions , security flaws have been reported that lead to unauthorized access to our information. The company claims to have learned a lesson from 2016, when Cambridge Analytica and other players took advantage of the platform to manipulate the US elections.

The social media dilemma addresses the issue of polarization and misinformation . According to Facebook, the former has been going on long before the platform existed. By way of apology, the company says it is doing its job to reduce content that creates conflict , although it says this corresponds to a small percentage of what people see on Facebook.

An issue that goes hand in hand with polarization is misinformation . In recent months, Facebook has come under fire for its stance on fake news and hateful content . While Twitter and other social networks censored Donald Trump, Mark Zuckerberg said that Facebook could not be a “referee of the truth” and allowed the president to publish inflammatory content on its platform.

Today’s position mentions that they do not want hate speech on Facebook and are working to remove it. “We know our systems aren’t perfect and there are things we miss. But we don’t sit idly by and allow misinformation or hate speech to spread on Facebook.” Finish the document .

Despite how good or bad the social media dilemma becomes , the reality is that the documentary puts on the table several points for which Facebook has been at the center of the controversy. Not only does the company’s stance make it clear that they refuse to accept them, it is willing to offer a false narrative to counter criticism. 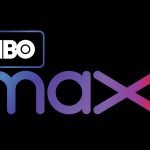 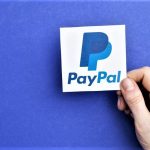