When lockdown was first announced at the end of March last year, the financial concerns of the nation collectively went into overdrive. The threat of losing our jobs, the uncertainties of life after furlough and the shutdown of businesses had us all wondering whether we were actually going to make it through the pandemic with our lives as we knew them intact.

For some, concerns became reality, with those who lost their jobs or business being thrown into financial turmoil. For others, though, the pandemic inadvertently created better financial habits and conditions, allowing them to save money instead of spending it.

There can be no doubt people have had to assess their financial situation closely during the COVID-19 crisis, with some emerging better off than others.

Who has managed to save?

If you kept your job, be it via a continuation of business as usual or through the safety net of furlough, chances are you’re doing OK financially out of lockdown life. The reason for that is fairly simple – even if you wanted to spend your money, it’s pretty hard to do so right now.

The shutdown of all non-essential businesses has brought much of our frivolous spending to a rather abrupt halt. Pricey nights out on the town have been replaced by Netflix on the sofa every weekend, while holiday plans, work commutes and just about any other type of excursion have been suspended. Online shopping might still be popular, but most of us aren’t buying clothes for nights out that don’t exist, nor replacing our old restaurant bills with the equivalent takeaway spends.

This forced cessation of many of our everyday pleasures and obligations has, as of February this year, resulted in an average boost of £1,085 per UK-based saver, with the average Briton able to put away around £133 a month. Those individuals are likely to have only saved more up to now, meaning lockdown has at least offered them a financial benefit.

Who has gone the other way?

Not everyone has enjoyed the relative financial protection of the steady 9-5 crowd, however. We’ve already touched upon the obvious financial troubles those who have suffered job or business losses are bound to have faced, but another demographic to consider is those among us who have the least of all.

With the body of savings for the average Brit largely arising from the removal of luxury spending from their budget, those who never had the privilege of accessing such luxuries are not able to see the same benefit. The BBC recently reported that Brits who were already under high financial strain – such as the lowest earners and single parent and poorer families – were being put under further pressure by the lockdown. Higher home energy bills and an increase in food costs are just two of the factors at play, leading many to look after their money even more tightly.

Thus, while many caught in the middle of the pandemic have perhaps fallen into accidental saving mode, it’s unfortunately those most in need that haven’t been able to enjoy the same benefits.

Whether saving will continue after lockdown is over is a difficult question to answer. For some, the removal of restrictions will trigger a spending frenzy as we all celebrate the return to normality and the beer gardens, shopping trips and meals out that come with it. For others, however, this unexpected 12-month window of reduced spending and a swelling savings account might have just provided the motivation required to manage their money more stringently in the future.

If you fall on either side of that coin, however, spare a thought for those who were hit hardest during the pandemic – the unemployed and poorest families whose financial fortunes have headed the other way. Let’s hope that a post-lockdown, post-pandemic UK will hold better prospects for all involved. 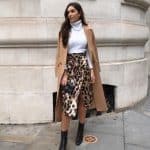