Palladium is discussed less often than other precious metals, such as the more popular gold, silver, and platinum. However, it’s a unique investment choice that can add diversity to one’s portfolio.

The most common reason to have precious metals of any kind in one’s investment portfolio is to hedge against economic crashes and inflation. Palladium, however, has a few other factors that change this equation.

That being said, here are some options to invest in palladium without buying the physical metal and having it shipped to you.

One newer but relatively straightforward option is by purchasing a palladium-backed stablecoin. A stablecoin is a type of cryptocurrency that is backed by a more stable underlying asset, usually a fiat currency such as USD or precious metal. This is a fairly direct way to invest in palladium without physically owning it, as you can exchange your stablecoin directly for palladium, inherently tying the price of the stablecoin to its value as a baseline.

One of the other simple ways to invest in palladium is to purchase shares of a Palladium ETF (Exchange-Traded Fund). These ETFs track the price of palladium by keeping it in reserve in vaults. Investors own a piece of the company which stores the palladium, and thereby gain exposure to palladium itself. Examples of palladium ETFs include Sprott Physical Platinum and Palladium Trust (SPPP) and the Aberdeen Standard Physical Palladium Shares (PALL).

Sprott holds its platinum and palladium in Canada, whereas Aberdeen’s palladium is stored in vaults in London.

You can also invest in palladium through futures contracts. These are agreements between two parties to purchase or sell an asset in the future at a fixed price.

Futures contracts are an easy way to bet for or against palladium without storing the physical metal, making them a popular way to trade commodities. One side of the contract gets the safety of a fixed price, while the other side is hoping the price will drop in the meantime, so they earn a profit from the contract.

The futures market is not recommended for newer investors, but it is an option for those looking for direct exposure to palladium.

So is investing in palladium a good idea?

Palladium’s industrial and electronic uses have increased its value over recent years, and future technologies could see it improve further still.

Its use in catalytic converters has proven its usefulness in transitionary technology for electronic cars and other vehicles on the way to cleaner energy sources.

You can also invest in palladium as a play on the stability of Russia and South Africa. Its short-term value can be greatly affected by the political status of these companies.

But, generally speaking, one can use palladium as one does with all other precious metals as a safe-haven store of value. It has been a valuable metal for a long time now and has only increased in value. This is in part because there’s only a small amount of it on earth. Therefore, if demand increases greatly, the supply can’t increase easily in kind and the price has to increase.

For these reasons, it is a solid store of value alongside gold, silver, and platinum. 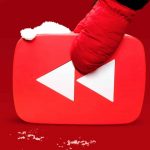