Everywhere they say you have to learn programming to stay up to date. Experts from different professional areas warn that knowing how to program will be as important in the future as sending an email or sending messages from your phone. However, learning to program is not that simple. There are more than a hundred different languages. What are the most demanded programming languages ​​by companies?

As with human languages, there are many programming languages in computing . Each one with its particularities. Some are very simple, others are more complex, some are focused on managing machines, others are more useful for the internet or mobile applications … The fact is that knowing how to program is not as easy as it may seem. There is no single way to get started in programming .

How do you know which languages ​​are in fashion ? For this are the indexes or lists that we can find on the internet. There are for all likes. However, one of the most prestigious or at least used by the majority is known as the TIOBE index . It is published once a year and is an important reference to know which languages ​​companies request and / or it is convenient to learn or know . Its manager is the company of the same name TIOBE , dedicated to “checking more than 1,056 million lines of code for its clients around the world, in real time, every day”. Good cover letter.

The TIOBE index has been in existence for more than 20 years . The first was published in 2001. And since then, it analyzes more than 200 programming languages and orders it according to the success or demand it has on the internet.

However, it is not as simple a task as searching for “popular programming languages” on the internet. To build this index, TIOBE uses 25 search engines such as Google, QQ, Sohu, Yahoo !, Wikipedia or Bing. Specifically, the most popular according to Alexa , a company dedicated to analyzing the traffic and popularity of websites around the world.

Based on the information and data obtained, TIOBE performs a screening and scores each language. Thus, we not only see which programming languages are the most requested , we can also compare with previous years. For its part, the TIOBE index shows the top 20 languages ​​followed by the rest until reaching the 50 most searched programming languages.

Another curiosity, of historical interest, is to see the historical comparison that allows us to see how programming needs have changed between 2020 and 1985 in five-year segments.

Programming languages ​​on the rise

It may seem somewhat far-fetched to consider that the most demanded languages ​​as of September 2020 will be the same ones that will triumph in 2021. However, looking at the trends and patterns of the TIOBE index, everything indicates that the changes do not occur drastically or from one year to the next .

Let’s take as an example the five most popular languages ​​as of September 2020 according to the TIOBE index. The list consists of well-known languages ​​such as C, Java, Python, C ++, and C # . Except for Python , the other four were already in the TOP 5 back in 2015 and in 2010. What’s more, if we compare the 2020 and 2019 index, the only change is between C and Java, which go from being second and first to first and second. The rest remains the same.

But if we go down the list, there are increases in popularity of certain programming languages ​​that, although they are not yet among the first, who knows in a few months. For example, R stands out , going from position 19 to 9 in one year. In case you don’t know, R is a language specialized in graphics and statistical computing . It is under the GNU free license and was developed in 1993 by Bell Labs , formerly owned by AT&T and now by Lucent Technologies.

We have talked about the TOP 5 briefly because they hardly require an introduction. Java continues to be a language used in business or research applications thanks to its versatility and ease of programming in this language. In addition, it is still the official language of Android despite giving more and more importance to Kotlin . As a curiosity, Kotlin is in 34th place on the TIOBE index .

For its part, Python has become for years a reference language in data processing and in growing research areas such as artificial intelligence or machine learning . 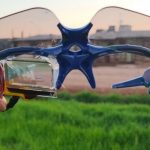